I remember it well – It was a warm spring afternoon and a long journey up north from Damascus. Like most traditional arabian homes, my uncle’s house opened up to a lovely courtyard which branched off to separate rooms in the house. Seeking the shade, we sat under the only tree in the court yard, one which was full of leaves and bearing fruit I had never seen before. Noticing my curiosity, ‘Amo (uncle) Khaled immediately jumped onto his chair to pluck the ripest fruit he could find, holding it before me with the widest smile on his face as he invited me to taste it. As he does so, he eagerly explains the significance of the fruit and the passage which mentions it in the Qur’an:

Like the sweetness of that fig, his smile is something I will never forget; a heartfelt expression reflecting the purity of his soul which supplemented every offering he gave us. His actions were not rehearsed nor were they fake in any way. On the contrary, each thing he did symbolised the generosity and good will he loved to show his guests, as though he himself was seeking pleasure from it. Having grown up in the West, such behaviour was so rare to me, but here it seemed so natural to him, inspired by a faith which taught us to “love for your brother what you love for yourself”.

I saw him each time I visited Syria since then, the last being back in the summer of 2008. My plan was always to go back to Syria for my gap year where, of course, I would have met him again, but Allah’s decree had planned otherwise.

This kind, gentle man was brutally murdered on Thursday 10th November 2011 by his own government. His crime: trying to live – something the Assad regime seems to no longer wish for its citizens. Living just outside of Homs, his job was to drive daily commuters in and out from his town into the city, something he had been doing for years. That day, his bus was ambushed and all its passengers were murdered as they took the bus and left.The official line is that it was ‘terrorists’ who did it – the same ‘terrorists’ they have supposedly been trying to hunt for the last 10 months and have yet to have any success. For a government so infamous for its ‘intelligence’ service, it seems amazing how incompetent they seem to be at trying to catch this group of people who are supposedly adamant of destroying Syria…

Of course, most of the world (apart from Russia, China and Iran) have already figured out who these terrorists are. One of their members is called Bashar Al-Assad; another is his brother Maher, and the list goes on. These butchers along with their father and cronies have tortured, killed and mutilated hundreds of thousands of men, women and children in Syria since their regime began around 40 years ago. I heard that some 15million Syrians now live outside of the country – around half the actual number of Syrian population. You see, the government have created a climate of fear for years. Every family in Syria will know of, or be related to, someone who has been a victim of this oppressive regime.

Dorothy Parvaz, a journalist at Al-Jazeerah, recounts her experiences in a Syrian Prison during the

Long before all this happened, another uncle of mine was imprisoned for 6 months simply for having a beard and attending the mosque. He told me stories of how he would be stuffed into a cell with 40+ other prisoners where they would have to take it in turns to lie down to sleep as there wasnt enough room for them to all do so at the same time. The only time he would be allowed out was to be tortured endlessly in ways we can’t imagine, only to be left naked in the freezing cold to suffer in his own blood and excrements. One night, he saw the Prophet Muhammad ﷺ in a dream who told him of the specific date he would be released in a few months time. When that time arrived, he was released.

The tentacles of the regime and its secret service even tried to cling onto me. Back in 2008, I was invited to Cyprus by the Royal Commonwealth Society to be the British youth delegate for a conflict resolutions programme. The trip was during Ramadan and, just like any other Muslim, I saught to pray Taraweeh and friday prayers in a mosque in Nicosia. Around 2 days into my trip, my father called me from the UK asking what exactly I was doing in Cyprus. To my dismay, the Syrian secret service had apparently been enquiring about me in Syria and had come knocking round my uncle’s house. I have yet to go back to Syria since then (for various other circumstances), but the thought of being dragged away to some remote prison upon arrival at the airport is something that has given me a few unpleasant nightmares. After all, people have been taken away for far less than that (and I do pray in a mosque and have a beard too)… 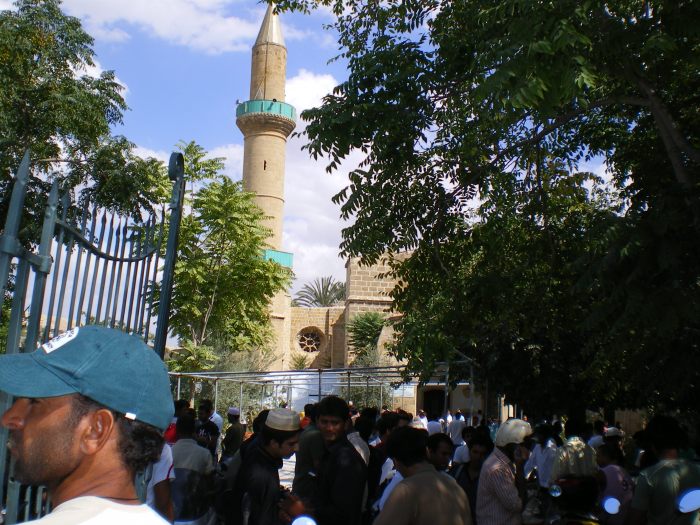 Jumu’ah at the Mosque in Nicosia

This experience isn’t unique to Syrians of course. Just last summer two of my friends from the UK who were visiting the country for tourism, were stopped and checked by the secret service whilst walking down one of the main roads in Syria. My brother’s friend was arrested on the Syrian border and dragged away to prison. Had he not been able to get a phone call away to a friend in the UK just before, he may still be there right now. Many students studying in Syria have been arrested and beaten at will and many have told me of the constant fear they lived in whilst studying there.

Oppression at such a scale cannot continue forever. At some point, people will get tired of living in perpetual fear and will rise up to stand against it. Inspired by the Tunisian and Egyptian revolutions, I’m proud that my country followed suit. The murder of my uncle is upsetting, but his reward is paradise and the status of a martyr. Him and the tens of thousands of others like him who have been tortured, killed and mutilated share the highest ranks in paradise which is only deserving for the struggles that they put in. Insha’allah (God willing), a bloodless end is near and justice will be reached. My biggest fear is that thousands more will be killed before that point is reached…

I ask you all to please pray for my uncle’s soul and the souls’ of those who have lost their lives at the hands of this oppressive regimes.

Pray for all those currently struggling against their own oppressors in their own countries, whether that be on the streets of Wall Street or the villages in Afghanistan.

This is the last photo I have with my uncle from back in 2008; the smiling, caring man I will always remember him to be. 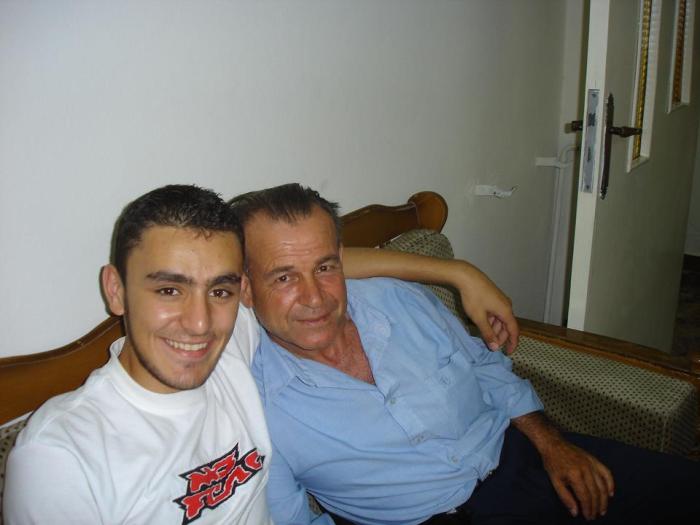 19 thoughts on “In Remembrance of Death”