A jackal strayed into the dyeing vat, became multi-coloured, and claimed to the other jackals that it was a peacock

Its skin was dyed. When finally it came out,
“I’m paradise’s peacock!” it would shout.

Its coloured fur had gained a pretty splendour
And sunlight would reflect upon each colour.

It saw itself as golden, red, and green,
And stepped out proudly, eager to be seen.

The others asked, “What has got into you?
You’ve grown deluded and exultant too.

Due to this glee, you’re snubbing us for once-
Where did you find this twisted arrogance?

One of the jackals asked, “Are you a fraud?
Or are you really feeling bliss through God?’

To climb the pulpit you have used deceit;
Your babble saddens everyone you meet.

You’ve not gained any ardour, though you’ve tried,
And so you’ve acted shamelessly and lied

Ardour is for a Prophet and God’s Friend;
Impudence suits impostors who pretend,

To draw men’s eyes towards themselves with pride,
Then claim, “We’re blissful!’ though they’re glum inside. 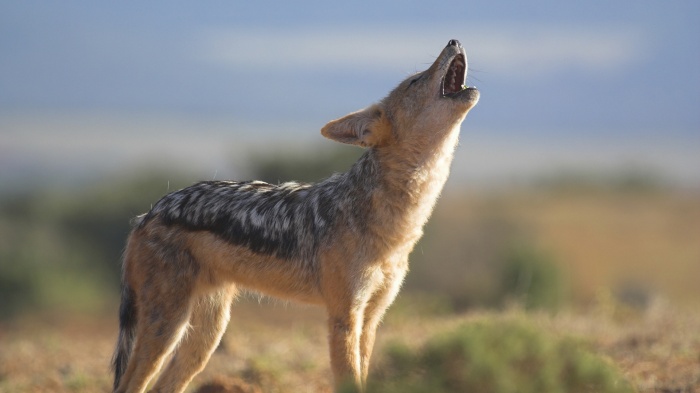